Until today, only Apple and Pandora music services natively supports for Apple Watch. Now, the famous music-streaming service has also started rolling out the support for natively streaming on the Apple Watch app. Watch series 3 and above can now work independently – this means you no longer have to connect it to your iPhone.

This latest update brings standalone streaming to Wi-Fi only and cellular models running Watch OS 6.0 and above. The update is currently arriving to the users in the US, with other regions to follow soon.

Spotify users can now directly stream to their Bluetooth headsets or AirPods from their wrist.

There isn’t any official formal announcement about the update, but the music-streaming service confirmed this to TechCrunch. 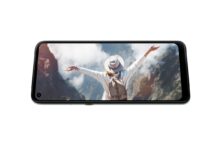 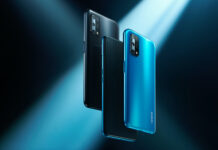 ABOUT US
Welcome to GoTech! GoTech works closely with entities like Google, Microsoft, Apple, Lenovo, etc to stay ahead of the news curve and to provide the best source of open-platform news and analysis on the Web. We are a new site but we are excited and committed to this project.
Contact us: admin@gotech.co.in
FOLLOW US
GoTech | Copyright @www.gotech.co.in 2020.